6 Symptoms of Dehydration and How Long Does It Take To Rehydrate?

It might seem a simple, innocuous question at first, but you would have to consider that the most things with the human are relative. In this case, the variable is your hydration level. Hydration is quite important for your body. It would take the human body a solid 24 hours to rehydrate, if severely dehydrated in the first place.

However, anything milder than total dehydration would require around 45 minutes after administering oral fluids (600ml of water, preferably). The critical question is: how do you realize that you’re dehydrated? By how much? And what is the recovery time, under particular administrations?

In this article, we’ll talk about the in-depth analysis of the variables as they determine rehydration time, and answer the question “How long does it take to rehydrate?”

How long does it take to rehydrate drinking water?

The body takes about three-quarters of an hour to fully rehydrate your body when you drink fluid. However, the time varies slightly, depending on how severe the water loss was. Even then, you’re well on course for full rehydration after the hour mark.

Note here that, you shouldn’t consume a lot of water after being dehydrated. You need to keep it slow and gradually increase your fluid intake to rehydrate.

When you aren’t getting enough water over a considerable period, you start feeling dehydrated. Although the sensation of thirst is a mechanism against dehydration, you are not nearly as dehydrated when you feel thirsty.

Despite that, you should drink fluids when you feel thirsty, especially when your body uses up more liquid than it is getting. So how long does it take to become dehydrated? The answer is “not very long at all”.

The symptoms of dehydration would typically manifest in situations when you ingest large amounts of alcohol or suffering from diarrhea. Effects of Dehydration include disruption of the body’s regular metabolism. It is around the time you begin the early-stage symptoms. When you get dehydrated you may experience signs like:

You tend to pee less when you begin to get dehydrated. Since peeing a little might mean several other things, the case of dehydration is more specific. The urine content also has a deep color, which indicates low levels of hydration. It means that the body uses up almost all the body fluids and gives off very little liquid waste. That shows the hydration status of your body.

The muscles in the body are mostly water (studies put the number at 70%), and when you are dehydrated over a substantial period, the muscles begin to lose their moisture content, strength and conditioning. It means that the strands start to stress up and misplace electrical impulses, which translates to noticeable (and often painful) cramps.

These cramps are a challenging symptom, as it can manifest at the mild stages of dehydration, and persist until later stages.

Once dehydration sets in, water begins to leave the skin’s top layer, and it wrinkles up. A well-moisturized skin retains a strong constitution and a slight sheen. When the body starts to use up its available water, the glow disappears, and your skin appears dry and ashy. It is worth noting that dry skin might come with certain discomfort as well.

Water plays a significant role in the body’s circulatory system. As blood flows to and from the brain, the liquid ensures a suitable medium for oxygen dissolution. However, when you feel dehydrated, you begin to get light-headedness.

You start to feel dizzy as the water levels are below the required level. You don’t get adequate oxygen to reach the brain due to dehydration. In moderate to severe cases, you may begin to feel faint and dizzy.

In biological terms, water helps maintain the homeostasis and metabolic levels within the body. If it becomes drastically absent for any length of time, there becomes an imbalance in the metabolic rate, and you begin to feel your temperature rise and fall erratically.

The symptom shows up in the later stages of severe dehydration and signals you seek medical attention as soon as possible.

Further down the road, severe dehydration begins to tamper with the base blood pressure levels. Salt levels go up as water content steadily drops. In turn, it drives up the hypertension.

At this point, it would take an urgent intravenous therapy to get the body to levels where oral hydration therapy would come in. So how long does it take before a person dies, due to failure of immediate medical attention? Mere minutes.

How do you tell if you are hydrated?

There are several ways to confirm that your body is hydrated and getting enough water. A well-balanced fluid ratio begins to show externally on the skin. A healthy hydrated skin which retains a strong constitution and a slight sheen indicate enough water moving underneath.

Furthermore, good sleep points to proper hydration in most cases; you’re less likely to wake up to a dry mouth and muscle cramps.

One of the many excellent features of human body is that most changes come in gradual stages, rather than abruptly. Dehydration has its different levels: mild, moderate, and severe dehydration in increasing order. There are several symptoms in between the tiers: immediate medical attention is imperative at the late stages.

Unfortunately, there are even further stages of dehydration, and they are often deadly. The symptoms include severe migraines and visible muscle spasms. Recovery at the extreme states is delicate and would take more than drinking water and ORTs to begin the process.

What is the Time Frame of Dehydration?

The grim answer to the question is “indefinitely.” While the word “dehydration” might strike you as something that instantly hits the body, dehydration gradually happens and can be a condition over a long time.

For instance, if you wouldn’t meet the minimum water intake quota for the day for a significant amount of time, dehydration creeps in slowly. It can drag on for as long as you keep the water intake levels below the minimum.

Surprisingly, many people are living in such conditions. A study shows that up to 75% of people living in the USA have chronic dehydration. The human body needs to stay hydrated to last long. It would only survive several days before giving up. It means that consistent, long-term dehydration will kill if its progresses quickly enough.

To make a full recovery on the path, you would need a complete revamp of your dietary habits. The doctor or medical personnel would administer a “water-centric” meal plan and ensure that you meet minimum water intake levels daily. This way, you can stay hydrated.

How Long Does it Take to Rehydrate your body?

For mild to severe dehydration cases, the body can haul itself back on the recovery path in minutes. However, you can rehydrate your body in much less time if you start acting immediately after the first two symptoms.

Thankfully, remedial actions do not have to be elaborate. Salt ORTs, coconut water, and energy drinks are unnecessary. Although they would do a great deal, clean drinking water would do fine if that’s what is available.

Note here that you shouldn’t drink water too quickly as it’ll slow the process of hydration.

What is the quickest way to rehydrate your body?

The process to rehydrate your body is relative and often comes in stages. An individual is better off drinking water as many times during the day, but it is not as straightforward for two reasons:

1. Not everybody has access to an average of eight glasses of drinking water throughout the day, yet they need to replenish body fluids and stay hydrated.

2. You don’t have to take large amounts of water at a go during the day. In fact, it is not advised.

The first reason typically spurs people to explore alternative means of getting liquid into their system. Energy drinks and electrolytic water ensures that people can keep staying well hydrated on the go. Another effective alternative is a food high in water content. Fruits and vegetables can act as supplements for your daily water needs, as they are rich in moisture content.

Furthermore, it is best that you drink water frequently and in short volumes. You stand a better chance of seamlessly rehydrating your body with the method than taking huge gulps once or twice throughout the day. It also gives your natural electrolytes to replenish by themselves, and the internal water levels balance out.

In the more extreme cases, an intravenous drip is necessary for around 24 hours. Afterward, the body comes to hydration state for accepting oral hydration solution. The muscles begin to regain their strength and conditioning after a few days.

One of the negative implications of overhydration is that it drives down the sodium levels in the body. It triggers an imbalance in the circulatory system, which makes the fluids move into the bloodstream. Organs in the body can begin to swell, and in severe cases, hyponatremia sets in, a rare phenomenon where you become intoxicated with water. Sadly, it can lead to death.

Dehydration is a common yet potentially dangerous condition. It has quick remedies as the body can amazingly try to fix the imbalance for you. Drinking water and other fluids can go into the body through several means. The above-listed points analyze the symptoms of dehydration, treatments, and most importantly, how long it takes to achieve rehydration. If you don’t drink enough water every day, then you can try hydrant to make the hydration process easier. 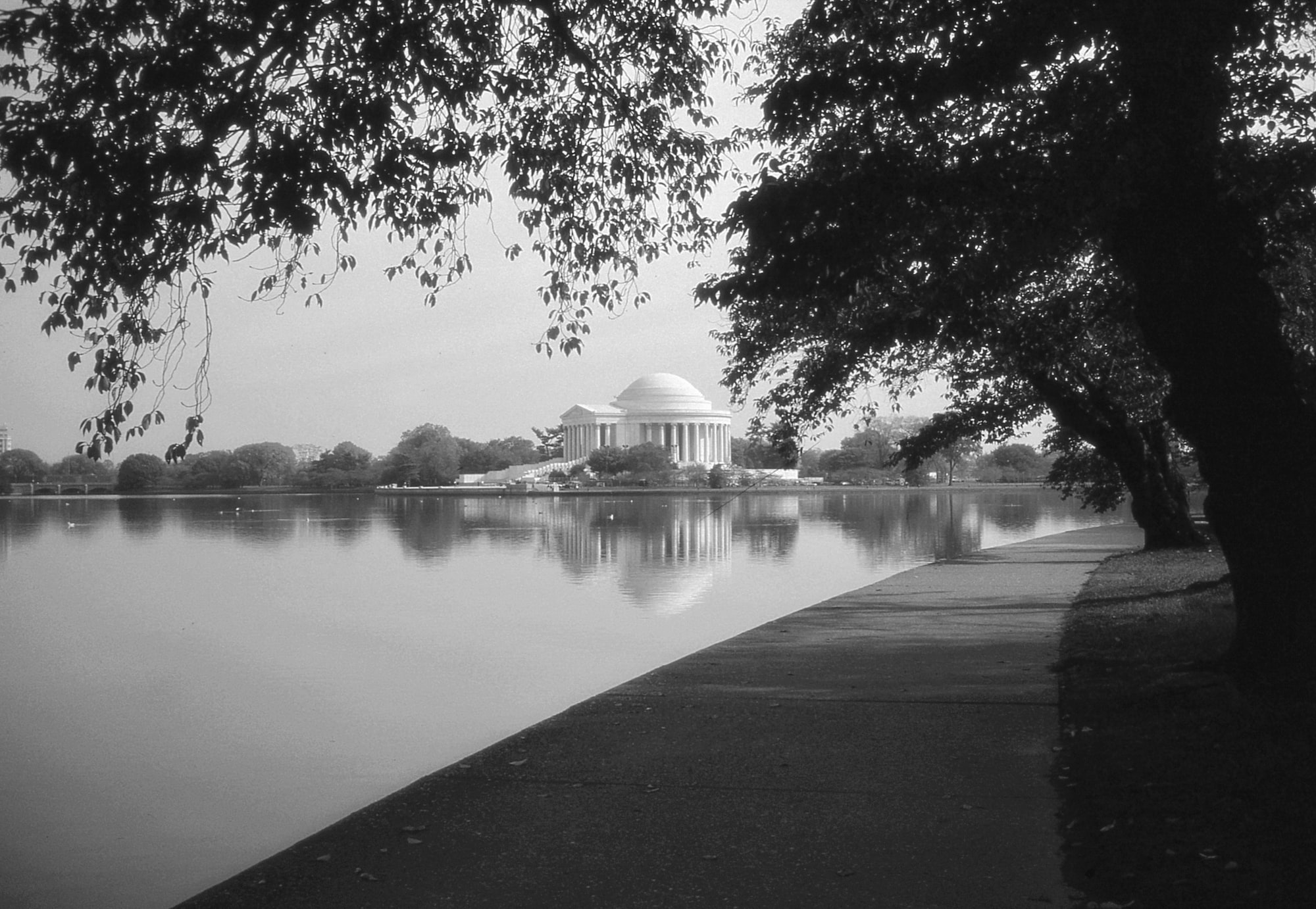